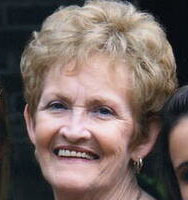 Janice Murray Hendrix, 73, of Nahunta passed away early Sunday morning, May 10, 2020, at her residence after an extended illness.

Born in Douglas, her parents were Joe Clarence and Johnnie Ruth Ricketson Murray. She is also preceded in death by a brother, Lawrence Murray.

Janice was a self-employed seamstress for many years and a member of Lulaton Baptist Church. She loved sewing, gardening, doll repairing and loved pets.

Due to COVD-19, the family had a private graveside service Wednesday morning, May 13, at Oak Grove Cemetery.

Sympathy may be expressed by signing the online registry at www.fryefh.com