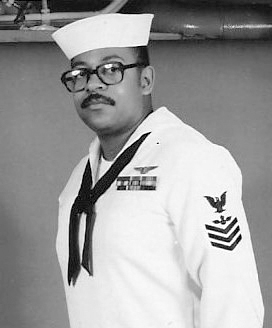 Dr. Drake Perry graduated from Canyon College with a Bachelor of Science in criminal justice. Continuing his higher education he earned a Master of Science in criminal justice from Florida Metropolitan University with Suma Cum Laude honors. He completed his higher education by earning a Ph.D in clinical Christian counseling and a doctorate in Biblical studies from New Life Bible College and Seminary. Upon completion of his Ph.D. he became advanced certified as a licensed clinical Christian counselor from the National Christian Counseling Association.  He is an ordained minister and authored 2 books: “Deliverance and Healing” and “Developing a Dynamic Life.”

Dr. Drake Perry has an extensive career history. After retiring from the Navy he served as a probation officer providing positive change in every individual he supervised. Simultaneously, he pursued his bachelor/master degree and worked as a senior corrections officer. He continued his career as a family counselor and staff supervisor. During his time as a family counselor he earned his Ph.D. and continued to pursue a career in mental health. Dr. Drake Perry became the executive director of LEVOC Family Counseling Services and provided progressive experience with case management/family advocacy.

His experience grew exponentially as he provided mental health seminars and lead projects that developed the youth community. He provided clinical counseling for major non-profit organizations and received letters of commendation for his performance. Dr. Drake Perry used his God-given talent to continuously provide selfless support and counseling for youth who are failed by the system.

Dr. Drake Perry had numerous hobbies, but they were not merely leisure time activities. He became highly proficient at any interest he pursued.

He was a master at the martial arts style of Eagle Claw and Hurricane Fist. The level of his experience with martial arts affirmed itself in his ability to instruct individuals with little to no skill. There are numerous accolades that demonstrate the dedication he had to martial arts. The International Combat Martial Arts Association certified him as an instructor of Shaolin Hurricane Fist Kung Fu. He is a lifetime member of the World Black Belt Bureau as a Kung Fu Martial Artist.

Dr. Drake Perry is a self-taught expert pianist and songwriter. He used a fusion of jazz and classical piano styles to compose music. The song lyrics he wrote were a variety of styles ranging from contemporary Christian to alternative rock. Over the years, he was continuously presented awards from Billboard World Songwriting Association for his own original songs.

Dr. Drake Perry purchased a piece of land in Georgia and built a homestead for his own family. He provided security and stability that can be passed down through his daughter’s next generation.

He will be remembered as a man of God, dedicated husband, loving father, cherished brother and loyal friend.

Graveside services with military honors for Dr. Perry will be held at 10:30 a.m. Tuesday, July 14, 2020, at the Jacksonville National Cemetery in Jacksonville, Florida, with Pastor Steven Buchholtz of Friendship Baptist Church in Kingsland presiding.