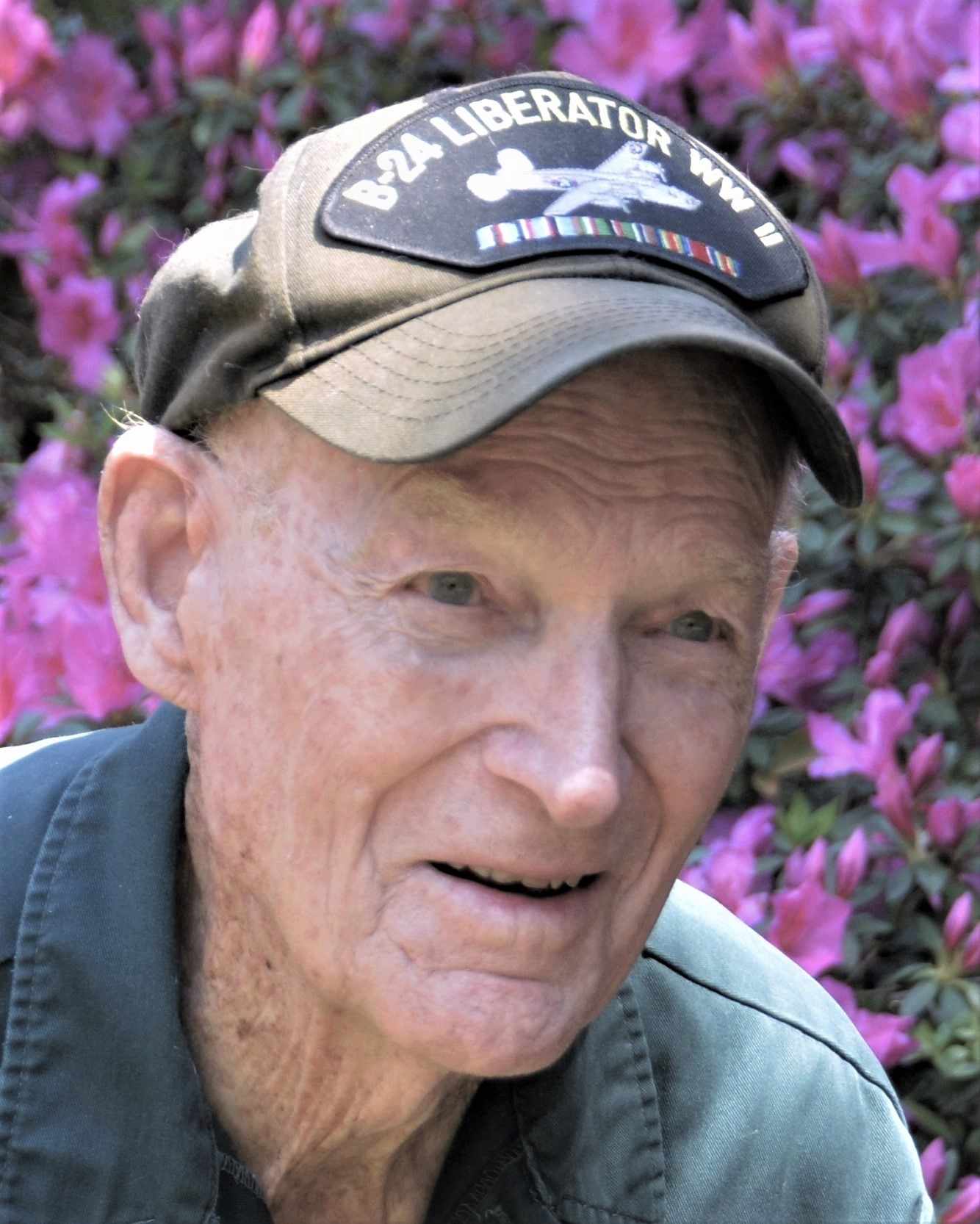 He was born in 1923 to Henry Clement and Mary Atkinson Russell of Incachee in northern Camden County. In addition to his parents, he was pre-deceased by his siblings: Harry C. Russell, Burwell Russell, Charles M. Russell and Julia Russell Green. He was also preceded in death by his wife of 57 years, Elinor McCarthy Russell.

His memorial service will be held at 2 p.m. Saturday, Feb. 1, in Providence United Methodist Church, New Post Road, Waverly. In lieu of flowers, the family requests donations be made to www.companionsforheroes.org an organization that pairs trained rescue dogs with disabled veterans.

He lived a remarkable and exemplary life spanning almost a century. In his childhood, there were few cars. He saw the advent of telephones, television and space travel and even ended up in a viral tweet at age 92. He was 6 when the Great Depression began. On his 10th birthday, Adolf Hitler became fully empowered over Germany. Ten years later (1943-45), he was a co-pilot on a B-24 Liberator bomber, completing 30 missions against Hitler’s forces. He was part of the 466th Bomber Group stationed in Attlebridge near Norwich, England.

On top of his bombing sorties, he also volunteered to fly in barrels of tank fuel and land on makeshift grass strips to support Gen. Patton’s army as they were bearing down on Berlin. He was nominated for the Distinguished Flying Cross and the Purple Heart. His uniform cap is on display in a museum in Norwich. He was still telling war stories at the World War II Home Front Museum on St. Simons Island.

After graduating from Glynn Academy, Jim’s college studies took place before and after WWII at North Georgia College and Georgia Tech. Having always loved the outdoors, Jim became a surveyor. He worked as the Camden County roads engineer before concentrating on maintaining roads and overseeing operations on family timberlands. Until very recently, he was still using his heavy equipment to destroy beaver dams and improve the land. He was one of the best to ever operate a backhoe and could pick up a penny off the ground with the bucket without disturbing the soil beneath it.

Some will remember Jim and his wife Elinor as genteel ballroom dancers. Others will remember eating Silver Queen corn from his garden in White Oak. Many will remember Jim for his humor, storytelling and encyclopedic knowledge of local events, history, geography and genealogy. Even more will remember him as a remarkable woodsman and hunter, never without a lucky buckeye in his pocket.  Just this past November, he went on a three-day hunting trip and returned with three deer.

Jim was always a gentleman with a positive outlook, a never-miss dry wit and a generous can-do spirit consistent to the very end.