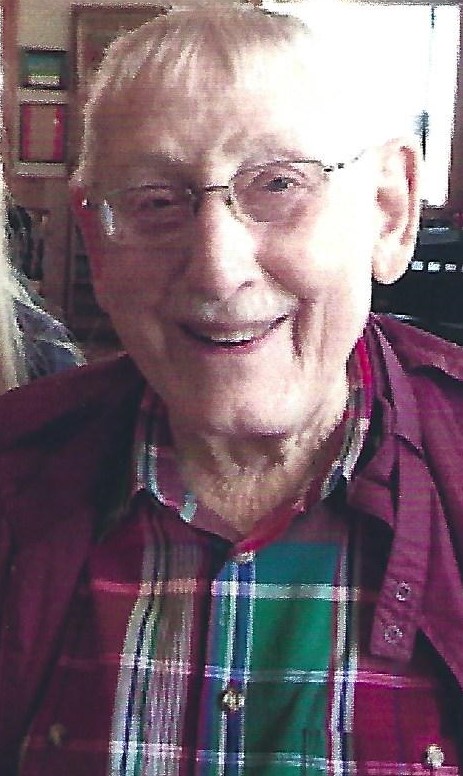 My father, James Ralph “Woody” Falkner, made his final journey in this life into Heaven Jan. 18, 2020, with me, his only child, Barbara Falkner Rucker, and my husband, Bob Rucker, by his side.

My father was born 89 years ago and raised on a farm in Ellisville, Florida. He was the youngest of three children (brother Charles and sister Geraldine) born to Henry Reed and Clara Falkner. He graduated from the University of Florida with a degree in agriculture. He served in the United States Army from 1952 to 1954. He retired from Gilman Paper Company and was a general contractor for his own business, Falkner Construction. He built many beautiful homes in St. Marys. When my father was not wearing his Gilman Paper hardhat, he was wearing his tool belt with a hammer in his hand.

My father was married to my mother, Betty J. (BJ) Falkner, for more than 53 years years. She was the love of his life. They loved traveling to the mountains of North Carolina and Tennessee all through the years. For that reason, they moved to Waynesville, North Carolina, not only to be in the beautiful mountains but also to be near my husband and I after we moved there in 2006. Sadly it was there my mother passed. My father was in his late 70s when he married Shirley J. Jackson. They were both widowed and were able to enjoy their senior years together. We all moved back to St. Marys in 2016 after my father’s health declined.

My two children, his grandchildren, were always close in his mind and his heart. James R. Lentz, my father’s namesake, is employed by the federal government with a master’s in criminal justice. He resides in Charleston, West Virginia, and always made his grandfather so proud. Leslie Lentz Caraway is his beautiful ballerina. Every time he watched her dance it brought tears to his eyes. She and her husband, Brent Caraway, reside in St. Marys. His great-grandchildren, Alex Cleveland, Aiden Caraway and Addison Caraway, always brought joy to his heart.

My father was a strong Christian man. He loved singing gospel songs and his favorite Bible verse was John 3:16, which is engraved on he and my mother’s headstone. He had many friends and never met a stranger. If you had a minute, he would sit and talk. He loved all things mechanical, especially cars. When he was in college, he built a vehicle with an entirely wood frame, earning him his nickname Woody. My father loved to whistle. One of my fondest memories is listening to him whistle while mowing the grass when I was growing up. He continued this through his lifetime. While living at Magnolia Manor, the residents always knew when he was walking the halls by his ever-present whistle, which made them smile.

Just last week my father asked me if I knew what the greatest force is on Earth. He then stated the force is, “Love, always love.” My father loved all his family including his stepchildren from BJ Falkner (Mary Strong) and Shirley Jackson (Sara, Lynn, Charlene, Darlene, Darrell and Lisa) and their families. My father was a carpenter and while this breaks my heart to write his obituary I stand strong as he did, a carpenter’s daughter.