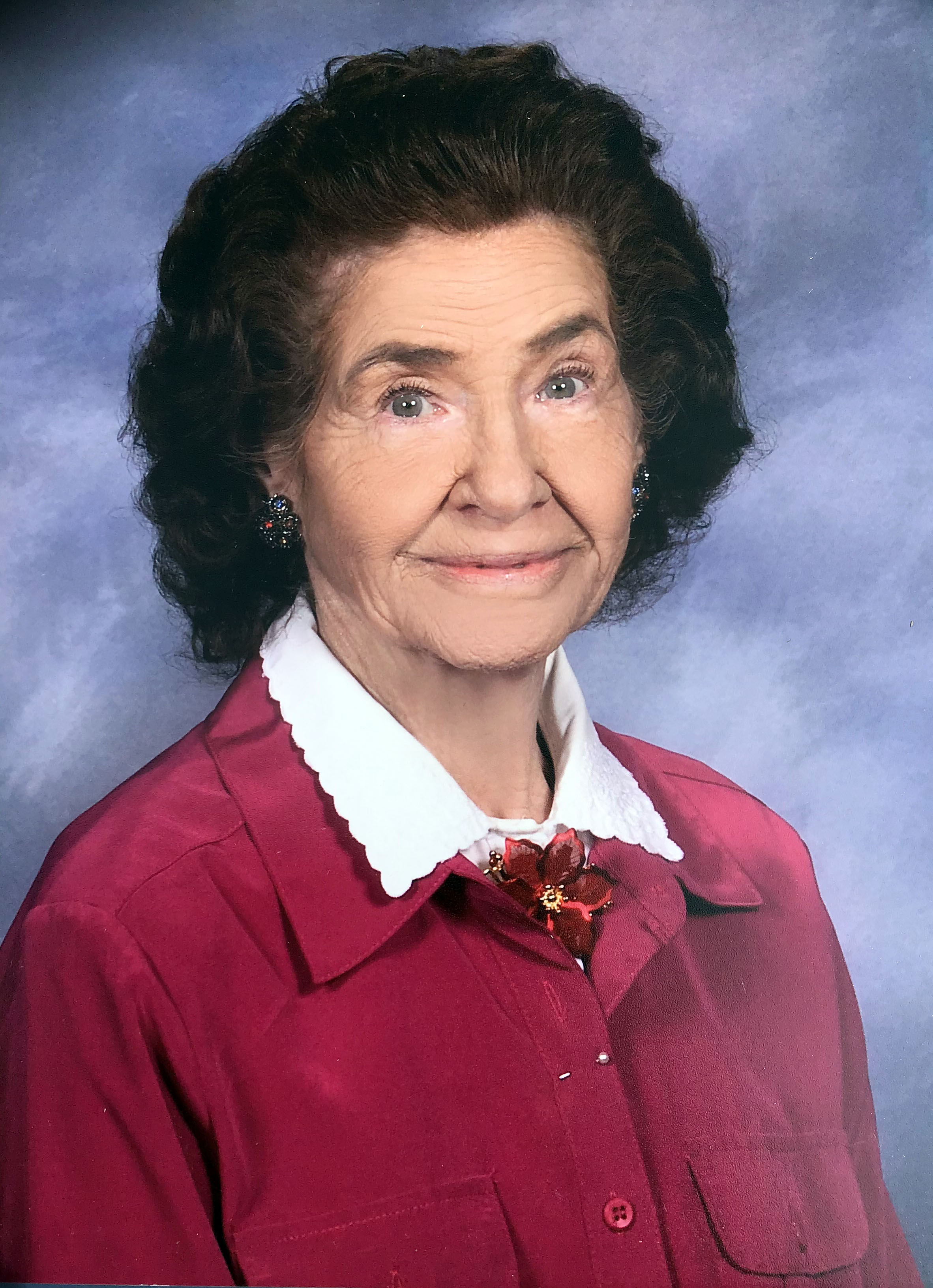 Elsie Lorraine Lewis of Woodbine passed peacefully into the arms of Jesus on April 17, 2020 in her home surrounded by her family.

Lorraine was born in Hickox, Georgia, on March 9, 1929, to Amanda Frances Collins and Charles August Sr. As a young girl, she lived in Thunderbolt, Georgia, on the Savannah River where her father was a shrimper. Their family moved to Brunswick just before she started first grade. During her childhood, she worked tending her family’s tobacco farm and their many animals.

Lorraine worked in many jobs over her 91 years. Most notably were her jobs at Hercules, Gilman Paper Company, Thiokol, Union Carbide and Rhône Poulenc where she ultimately retired. At 60 years old, she volunteered to attend the San Antonio Fire Training Academy where she was trained and certified as a chemical firefighter for Union Carbide.

After Lorraine retired, she was able to travel the world as she had always dreamed and even lived in Germany for a few years. She ultimately returned to Woodbine and settled once more where she has remained.

Lorraine’s greatest joy has always been her children and her grandchildren. She devoted her entire life to her family and selflessly put them first in her life. She gave of herself to her friends, her church family and anyone who may need a hand. “No” was never in her vocabulary.

She was preceded in death by her son, Robert (Bobby) Owen Powell, and her brother, Charles August.

The memorial service will be livestreamed on Facebook from Woodbine Methodist Church at 10 a.m. Saturday, April 25. Search “Remembering Lorraine Lewis” on Facebook to join.