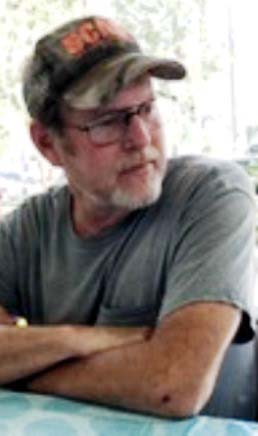 Mr. Troy James Reeves, 55 of Woodbine passed away on the evening of Saturday, Dec. 28, 2019 at Community Hospice in Jacksonville, Florida.

Troy was a graduate of Camden County High School. After graduation, he began work at Rowland’s grocery store in St. Marys, where he learned the meat cutting trade. This meat cutting experience would assist him later in life, when he dressed the deer he killed during hunting trips. Troy was hired by Gilman Paper Company and worked in the shipping department, and later Durango Paper Company, for 16 years until the mill closed.

Troy always enjoyed working outdoors, so he decided to start a landscape company after the closing of the mill. Troy’s landscape company was known as R & R Landscaping. Troy grew the business with his partner, Johnathan Woolard, into a thriving venture that benefited the home and business owners of Camden County. Troy’s landscape designs today are visible in numerous subdivisions throughout Camden and Glynn County.

Troy enjoyed the autumn season because that is when hunting season began and fishing was best. If he was not in the woods hunting, Troy would be at Harrietts Bluff fishing off a dock trying to catch that big trout.

In the 1990s, Troy, along with his daddy, Hugh, and brother, Terry started Reeves Racing. The three men each had a dirt track race car and each Friday and Saturday night they would be at one of the South Georgia race tracks. Their favorite tracks to race were Waycross Speedway and Golden Isle Speedway in Brunswick.

Troy was a man of many talents. He could build or repair anything. Troy had an eye for design, especially when it came to flowers and the proper placement of trees on a landscape. Troy was a very hard worker and although with failing health, he continued to help any and everyone who asked for assistance.

Troy in recent years would meet a group of men during the day at Bruce Harrell’s Farm Supply in Woodbine. There Troy, Bruce, Vac Hammond, Perry Register and others would gather to hear what the latest news was and comment about the latest gossip. Bruce Harrell and Troy would often plan an escape to Folkston where they would end up at lunch at Troy’s favorite restaurant, Quick Chick. Troy and Bruce would often comment that and their physicians would cringe, if they knew they were eating fried chicken. Troy’s outlook on life was you have to stay active, help people and never pass up a good piece of fried chicken.

A visitation for Mr. Reeves was from 10 to 11 a.m. Friday, Jan. 3, at Coastal Camden Funeral Home in Kingsland. Funeral services followed immediately at 11 a.m. in the Woods-Wainwright Chapel of the funeral home with Pastor Eddie Rawl presiding. A private interment was held by the family at Homeward Cemetery in Waverly. Pallbearers were Jonathan Woolard, Amanda Reeves-Hunt, Larry Bruce, Joseph (Joey) Dean, Mike Crews and Terry Reeves.