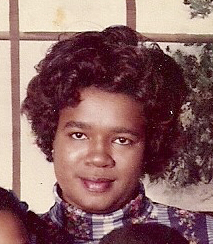 Willie Mae Taylor, 71, of Woodbine passed away March 11, 2020, at UF Health, Gainesville, Florida, from injuries received in a residential fire.

Deaconness Willie Mae (Juanita) Taylor was born on July 2, 1948, to the late Willie Mae Morris Gibbs and the late Malachia Banks. She was reared by the late Jim and Bessie Perry. She was a lifelong member of New Hope Baptist Church.

She attended the Camden County school system and graduated from Ralph Bunche High School in 1966. In 1967, she married her high school sweetheart, the late Theodore R. Taylor Sr. This union was blessed with four children. One child preceded her in death.

She was a devoted wife, mother, aunt, sister, grandmother, daughter and friend. She worked for over 25 years at Thiokol/Union Carbide/Rhone Poulenc/Bayer in Woodbine. Prior to working at the chemical plant, she worked in Folkston at the sewing factory. The latter occupation allowed her to utilize her skills as a self-taught seamstress. Later in life, she realized her dream of becoming a fashion designer by graduating from the International Academy of Art and Design, Chicago, Illinois, in 2004.  After accomplishing this goal, she worked at Hyatt hotel services as a seamstress until her retirement.  Even after her retirement, she continued to do alterations for her local community.

Funeral services will be held at 11 a.m. Saturday, March 21, at New Hope Missionary Baptist Church.  There will be no wake. The body will lie in state one hour prior to the service. Interment will be in Mt. Sinai Cemetery in Waverly.