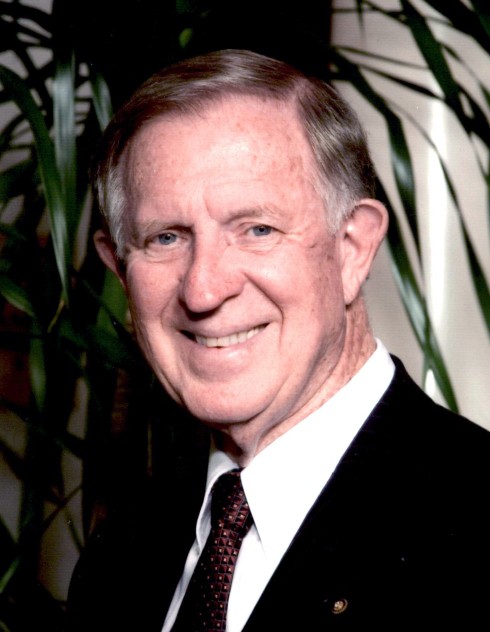 Harold Coleman Weathers died as he lived, peacefully and with dignity, on Jan. 21, 2020, at his home. Funeral services will be held at Vineville United Methodist Church on Friday, Jan. 24, at 11 a.m. with Dr. Jimmy Asbell officiating. The family visitation will follow the service. Burial service is private.

Mr. Weathers was born in Fairfax, Alabama, on Sept. 12, 1933, to the late Elma Hamby Weathers and Harold Leo Weathers. He graduated from West Point (Georgia) High School in 1952 where he played tight end on the 1950 state championship football team. One of his first jobs as a young teen included working the night shifts in the dye works at West Point cotton mills as a means to save money to pay for college. He earned a BS degree in industrial management from Auburn University School of Engineering on March 15, 1956, and three days later married Helen Mason of Langdale, Alabama.

Following graduation, he was employed by United Fuel Gas Company in Charleston, West Virginia, until he was called to serve his country in the U.S. Army from 1956 to 1958 as a manpower utilization specialist, hospital methods improvement office, post hospital, Fort Jackson, South Carolina. In 1960, he accepted a position as an engineer with Atlanta Gas Light Company and later was promoted to manager of offices in Gainesville, Athens and Marietta. In 1981, he was named manager of the Macon division and a vice president of the company. He also held certifications as a licensed state board warm air heating contractor and an FAA licensed pilot.

Mr. Weathers was a member of Rotary International for over 50 years. In Macon, he served as president and four years as assistant district governor of District 6920. He enjoyed opening his home to welcome guests from all walks of life and frequently hosted international guests during the Cherry Blossom Festival and Rotary International events.

In lieu of flowers and in memory of his life of service to others, the family respectfully requests memorial contributions be made to Vineville United Methodist Church, Wesley Glen Ministries, The Salvation Army, Methodist Home for Children or the donor’s favorite charity.

Hart’s at the Cupola, Hart's Mortuary and Cremation Center, 6324 Peake Road, Macon, GA 31210 has charge of the arrangements.