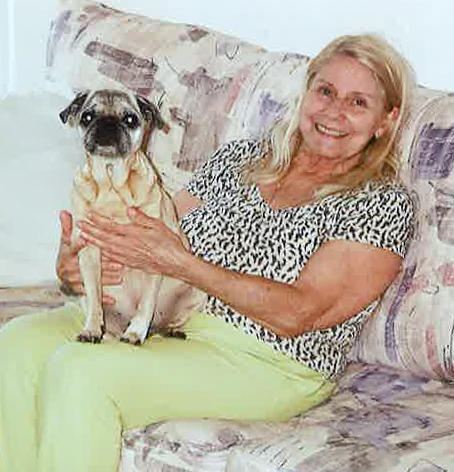 Evalena Tuttle Brewer Johnson, 80, passed peacefully in the arms of her daughter Wednesday, Feb. 5, 2020, after a long battle with dementia.

Evalena was born in Cary, Kentucky, on May 13, 1939. She was raised in Straight Creek, Kentucky, but lived most of her life in Florida. Evalena was a retired registered nurse, spending most of her career as head nurse of the operation room, which she loved. During her career, she won many accolades for her academics and her nursing skills.

Evalena came to God early in life. Even as a small child, people would come to her for intercessory prayer. That continued on through adulthood and her nursing career. She was truly a blessing to many. Besides God, Evalena loved animals, books, bubble gum, dancing and laughter. Her favorite thing was going to the beach and she loved a great Southern meal. Even to the end, she remained in good spirits with a smile for anyone that chose to visit.

Evalena was predeceased by her parents, Caleb and Lucy Tuttle; her sister, Willa Mae Smithers; her first husband, Joseph Brewer; and her second husband, John Johnson.

A celebration of life will be planned at a later date.

Coastal Camden Funeral Home is entrusted with her arrangements.