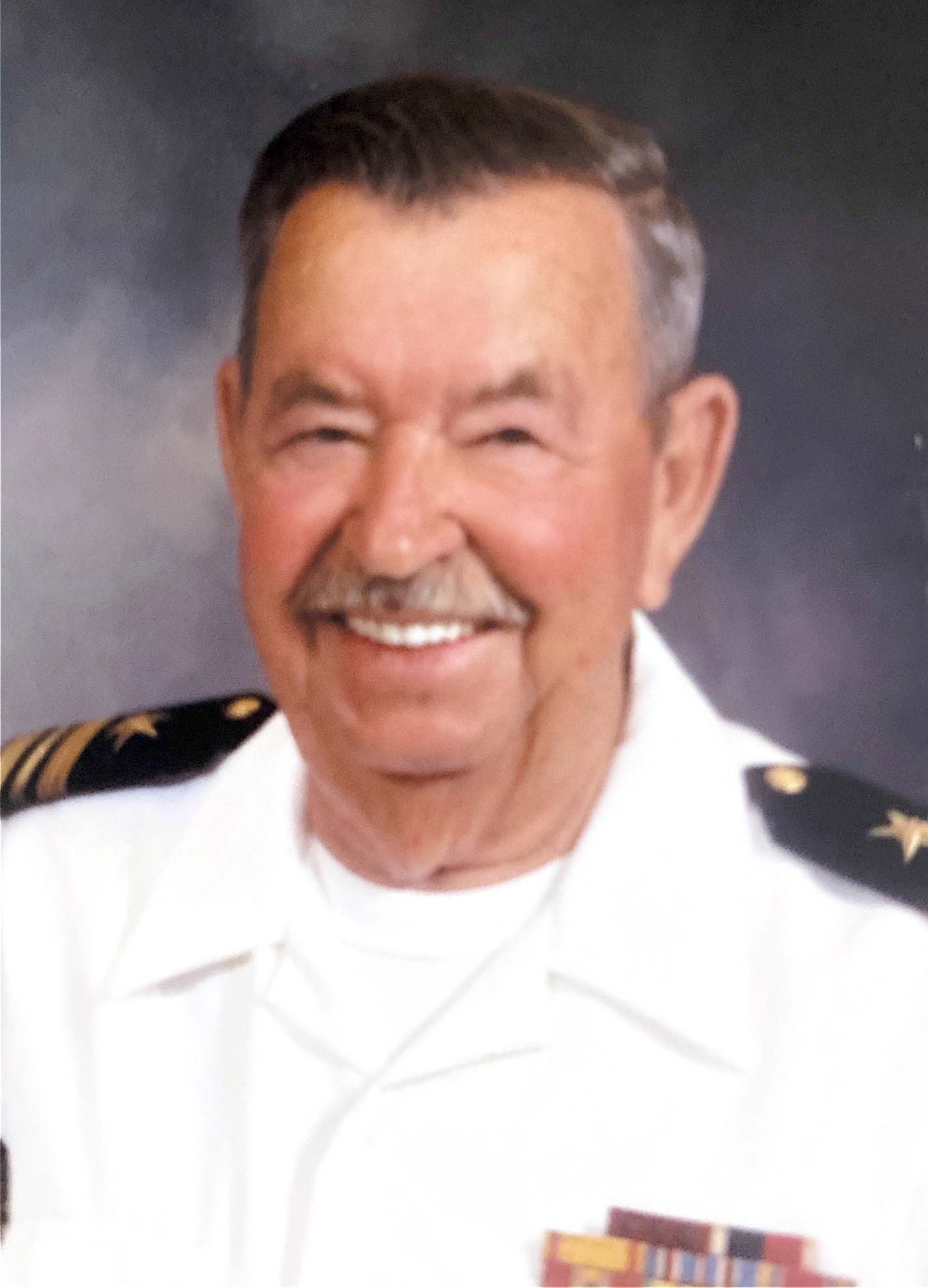 On Sunday, May 10, 2020, retired Lt. Cmdr. Robert F. Suggs, loving husband of 71 years and father to three daughters, passed away peacefully at the age of 91 with his family by his side.

He retired in Key West, Florida, and started his own commercial lobstering business. After a few years they moved to Woodbine, where he lived for many years. He served the City of Woodbine as interim chief of police and as a Camden County deputy sheriff.

He enjoyed planting large gardens and tending to his large blueberry field. During this time, he also developed a love of RV travel with his wife. Over the next 30 years, they took many long trips together. During his travels, he made many treasured friends. While traveling, he discovered he enjoyed the Okeechobee, Florida, area and they moved to a home on the water where he could fish in his spare time. They would summer in the North Georgai mountains in Blairsville at their home at Choestoe Falls RV Park and winter back in Okeechobee. Just two years ago, he moved back to Camden County.

Bob had a quick wit that would take you by surprise. His family will look back at some of his quips and just smile. He is well-known at his North Georgia mountain home as the best taco soup chef around and it gave him great pride to have his yearly summer party and feed his friends and family. He has lived every year to its fullest. He was a wonderful husband and father who loved his wife and family and he will be dearly missed.

He was preceded in death by his parents, Noah and Maltie Suggs and his sister Ruby Sellers.

Robert was laid to rest at Jacksonville National Cemetery on Monday, May 18.

A military funeral with honors and a celebration of life will be at a later date.

In lieu of flowers, a memorial may be made to Golden Isles Hospice in Brunswick.