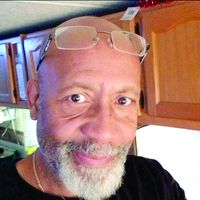 Mr. Watson was born on Eglin Air Force Base in Walton County, Florida, to the late Orlandor Watson Sr. and Lorene Westbrook Watson and made St. Marys his home for many years. He served his country faithfully in the United States Air Force and worked as a supervisor for Trident Refit Facility for several years. He was a goofy, funny, gun-toting true American that had a kind heart and gentle soul. He loved his family and friends and would do anything for them.

In addition to his parents he is preceded in death by a brother, Orlandor Watson Jr.

A funeral service will be held at 11 a.m. Wednesday, July 15, 2020, at Allison Memorial Chapel. The family will be receiving friends beginning at 10 a.m. at the funeral home. Due to Covid-19 precautions the committal service will be private.