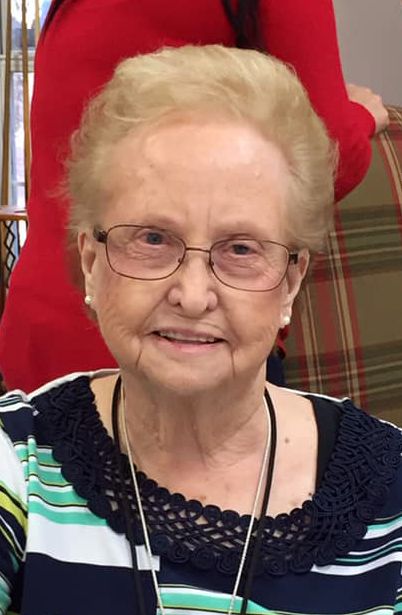 Mrs. Callie Sue Young, 89, of Crane Island Circle in St. Marys passed away at Hospice of the Golden Isles after a brief illness on July 19, 2020.

Mrs. Young was born in Guntersville, Alabama, on Feb. 14, 1931. She is the daughter of Lila Jones Cloud and Will Cloud. She is the sixth child of eight with four brothers and three sisters.

In her early years, she lived on Sand Mountain, Alabama, on a farm with her family. She helped her family care for their farm, working the fields and picking cotton.

As an adult, she moved with her sister to Florida and worked in the paper industry for a bag plant.  There, she met and married the love of her life, John William Young, and together they had 62 beautiful years together.

They lived in Florida for a short time, moved to Norfolk, Virginia, Charleston, South Carolina, and finally settled in St. Marys for the past 54 years.

Ms. Young was a military wife for 22 years, a veteran, holding down the home front while her husband John served in the Navy on submarines and was gone months at a time. Together they were married 62 years and raised four children — Rhonda (Stan) Thornton and Garry Young, all of St. Marys, Terri (Terry) Griffin of Eastman, Georgia, and Janet (Buck) Loggains of Pocahontas, Arkansas. She was blessed with 6 grandchildren — Stacy McGill (Joe Castelli), Grant Thornton (Celeste), Joey Griffin (Mandy), Leslie Thornton, Brooke Cloud (Stephen) and Callie Pafford. She has four great-grandchildren — Harper, Camilla, Jasper and Tucker.

Those who know her best will know her by the title “RummiCube Champ” of the St. Marys Senior Center, where she has spent many days making memories with her wonderful friends these last few years. Special thanks to longtime friend and partner-in-crime, Tommie Jones, for all she has done these years.

Interment will follow the service in Oak Grove Cemetery in St. Marys.