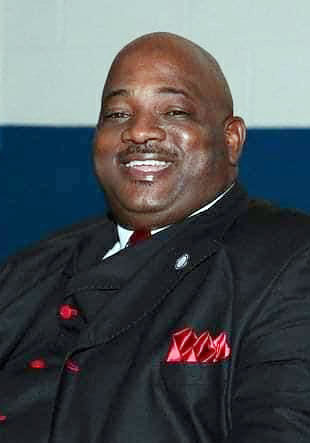 Rev. Dr. Quan DeLeon Glover, 51, was a native of Jacksonville, Florida. He was the 14th child born March 25, 1969, to the late Mrs. Virginia Glover Walker. Rev. Glover was raised by his mother and the late Mr. Johnnie Walker, whom he loved and respected as his father. He was called to his eternal rest on April 17, 2020.

He graduated from Englewood Sr. High School of Jacksonville, Florida. After graduating high school, Dr. Glover began employment with Marion Graham Mortuary where he worked faithfully for about 10 years.

He later became employed with the City of Jacksonville for 27 and a half years of dedicated service where he was known and affectionately called “Bishop.” He held the title as a senior waste truck driver.  He was known as the singing garbage man from the “Trash Day Blues” commercial that debuted in Florida and Georgia areas.

Rev. Glover always desired to grow in the knowledge of Christ, in this he graduated in 1998 with a bachelor’s degree from Florida Theological Seminary of Lakeland, Florida. He also obtained a doctorate’s degree from Slidell University in 2016.

In 1995, Rev. Glover met and married the love of his life, whom he would often refer to as his “lifetime companion,” the former Valerie Benita Peterson. To this union of marriage, they became the proud parents of Joseph C. Minnis Sr. (Tysidia) and LaQuanza V. Glover; and the proud grandparents of Jaida and Joseph Minnis Jr. A host of other family members, friends, fellow clergy and members will forever hold him dear to their hearts.

Rev. Quan Glover was ordained as a deacon, licensed minister and ordained minister at Sweetfield Baptist Church of Jacksonville, under the leadership of his pastor, Dr. Richard R. Russ.

After being installed, God gave him a vision for the people. Young Zion held a ground-breaking ceremony on June 30, 2002. With Rev. Glover as the anointed leader, the new sanctuary was completed and the officers and congregation marched from the old church into the new sanctuary on March 16, 2003. The dedication service for the new building was held on April 27, 2003, and the cornerstone ceremony took place on May 25, 2003. The educational wing was named the Quan D. Glover Educational Wing.

Among many of Rev. Glover spiritual promotions, the General Missionary Baptist Convention of Georgia needed a president to serve for the 11​th​ District. After much prayer, the state president Rev. Dr. Kenneth B. Martin selected and offered the position to Rev. Glover. Always having a desire to serve, Rev. Glover accepted the appointment and then became President Rev. Dr. Quan D. Glover, 11​th​ District President of the General Missionary Baptist Convention of Georgia.

President Glover's responsibilities consisted of 19 counties and 180 churches within the region. His appointment came December 2016 and the installation service was held March 26, 2017, at the Young Zion Missionary Baptist Church. During his tenure as the 11th District president, the district has excelled in many areas within the state.

Rev. Glover never met a stranger and always went about preaching, teaching and sharing God’s word to many. He was a giver and lover of all. Throughout all of his accomplishments, he remained a true servant of God.

Rev. Dr. Quan D. Glover, pastor and servant of Young Zion Missionary Baptist Church, serviced the community for 20 years. Rev. Glover was referred to as the “community pastor” by many people due to his commitment, dedication, faithfulness and concern for others.

Rev. Glover not only cared and shared with his church family but made himself available for all people in surrounding areas and throughout the state of Georgia. Rev. Glover supported visiting the sick, praying for families and attending various church events even family reunions.

Rev. Glover loved life and loved the Camden County communities. Rev. Glover also went to various states and counties preaching and teaching. He was loved and known by many.

Visitation for Rev. Glover will be held from 5 to 7 p.m. Thursday, May 14, at Young Zion Baptist Church. A private funeral service will follow.